Beatrice "Bea" McCarty Cox, age 88, of Cleveland, passed away on Saturday June 28, 2014 at the Mississippi Care Center in Greenville.

Bea was born on August 21, 1925 to William "Hub" Hubbard and Semmie (Orr) McCarty in Drew, MS. She graduated from Merigold High School and Draughn's Business College in Memphis, TN. Bea married A. B. Cox, Sr. on September 27, 1947 at the First Baptist Church in Indianola, MS. They had over 50 years of marriage and had resided in Merigold and Cleveland where she worked at the Bolivar County ASCS Office in Cleveland for 33 years. After her retirement in 1984, Bea was dedicated to serving our Veterans, traveling and spending time with her family. She enjoyed traveling, playing bingo, cards and the company of her many friends. She was a lifetime member of both the VFW and American Legion Ladies Auxiliary. Bea had been a member of the VFW Auxiliary for over 50 years, serving as its President for over 20 of those years. She also served as District President of the Department of Mississippi VFW Auxiliary for over 15 years. She also served on the Board of Directors for the Mississippi Burn Center and was a member of the NARFE and served as its treasure for many years. Bea was a faithful member of the Morrison Chapel Baptist Church.
She was preceded in death by her parents, Husband A.B. Cox, Sr., two brothers; Paul Elmo McCarty and Shannon Lewis "Shine" McCarty.

To plant memorial trees or send flowers to the family in memory of Beatrice Cox, please visit our flower store.

We will be thinking and praying for your family. Our family has so many wonderful memories of Bea and A.B. AB and our dad, Wittie Card, were actively involved with the American Legion. Every memory of the Legion always has your mom and dad in it. God be with you during this difficult time. The Card Family - Dorothy, Kathy, Pat, Jr. and Peggy

Bea was a Good Friend of mine, we worked together at the ASCS Office for a time, we also had our first born children at the same time in Cleveland at the Hospital. My Daughter , Carlene, was born March 5, l949, and Bobby was born a day or two before or after.She was a Very Special Lady and Friend to All. I wish I had none she was here in Greenville, where I currently live, I would have visited her.

To the family of Beatrice "Bea" McCarty Cox, I am so sorry about the death of your dear love one. Death is an enemy that has left much pain and emptiness. In the near future all the many things that has brought much misery and suffering will be done away with.(Revelation 21:4) Jesus said at John 5:28,29 "He will call all those asleep in the memorial tombs to perfect life here on a paradise earth." What joy await faithful mankind. For more good news and promises from the Bible please visit; jw.org

Ms. Bea was such a sweet lady. She loved her veterans and the children at the Burn Center. She will always be remembered for her unselfish love for all!

Sorry for your loss, to loose someone you love is never easy. As the old saying goes."Be Strong" 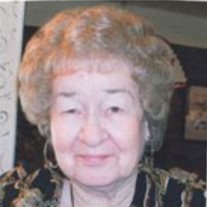