Bennie Charles Swinford, age 70, of Shaw, died on Sunday March 09, 2014 at the North Sunflower Hospital.
Visitation will be held Tuesday 03/11/2014 from 06:00 PM to 08:00 PM at the Cleveland Funeral Home in Cleveland. Funeral Services will be held 2:00 PM Wednesday 03/12/2014 in the Cleveland Funeral Home Chapel. Burial will be at the Shaw Cemetery. Reverend Robert Haney will officiate the service.
Bennie was born on December 04, 1943 to William and Jesse (Hall) Swinford in Big Creek Community in Calhoun County, MS. He was graduate of Linn School. He was a self employed carpenter most of his life. Bennie was a former resident of Cleveland and Shaw. He loved to fish, hunt and grow tomatoes in his garden. He was always willing to serve others and help where he could. He was a kind loving man who never met a stranger. He was preceded in death by his parents, Sisters; Doris Faye Beach, Nina Ann Shivers, Judith Corretta Bradley and a grandchild.
He is survived by Daughter, Kimberly Swinford of Collinsville, TN. Brother, James Larry Swinford of Southaven, MS. Brother, Robert Randal Swinford of Southaven, MS. Brother, Jerry Kenneth Swinford of , KY and a host of nieces and nephews who adored him and he did them.
Pallbearers will be Mark Jennings, Johnny Jennings, Tommy Ferguson, Billy Rucker, Chad Swinford and Larry Swinford. Honorary pallbearers are Willie J. Ferguson and Gerald Greenlee.
Memorials may be made to St. Jude Research Hospital 501 St. Jude Place Memphis, TN 38501.


To plant memorial trees or send flowers to the family in memory of Bennie Swinford, please visit our flower store.

Uncle bennie gave me the keys to his car when I was only 15 me and my brothers Donnie and Dale drove around for hours until Mama found us and made us go home Bennie was still laughing when we got there lots of good memoires.

Uncle Benny gave me the keys to his car. When I was only 15 me,, Donnie and dale rode around for hours until Mama found us and told us to get back home Bennie would like to give like that and laugh about it good times Ronnie Adams 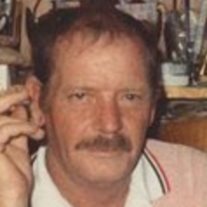