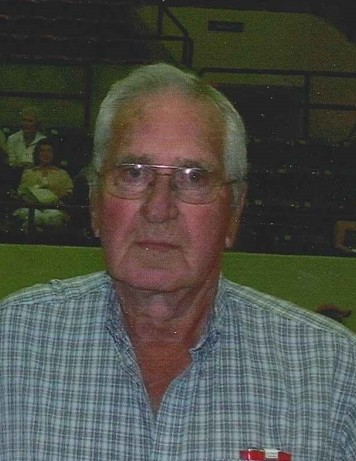 Bernnie was born on September 9, 1931 to Dave Alonzo Jones, Sr. and Mattie Mae(Skinner) Jones in Sunflower County, MS. He grew up in the Linn area and attended Linn schools. Bernnie married Gladys Ann Tedford on November 11, 1955. He served in the Navy for four years—serving in the Korean War. While in the Navy, he received a Bronze Star. Bernnie worked several years for Misceramic Tile. He worked for Layne Central, farmed, owned and operated the Half-way Store for 10 years. He retired as a Chief Engineer on a tow boat. Bernnie loved to restore old cars and farming his garden. He attended Dockery Baptist Church. Bernnie was a quiet, mild mannered man. When he spoke, people listened. Bernnie loved his family. He was a loving husband, father and grandfather.

The family would like to extend a special thanks to Dr. Don Blackwood and the nursing staff at North Sunflower Medical Center.

Memorials may be made to Dockery Baptist Church PO Box 370 Cleveland, MS 38732.

To order memorial trees or send flowers to the family in memory of Bernnie Jones, please visit our flower store.