Betty was born on November 24, 1935 to Lawson and Lillie (Vining) Williams in Huntsville, Alabama. She and her family moved to Greenwood, MS in the 1950's, where she met and married husband James "Red" Nason. She was a homemaker and later she and James opened the Snack Bar at Pillow Academy. Betty was a member of North Greenwood Baptist Church. Betty's family remembers her as a being a loving mother and grandmother who always enjoyed spending time with family and friends.
She was preceded in death by her parents Lawson and Lillie Williams and Husband James "Red" Nason.

Pallbearers will be her grandchildren.

To plant memorial trees or send flowers to the family in memory of Betty Nason, please visit our flower store. 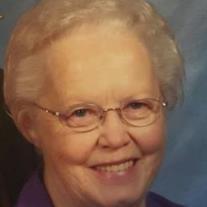