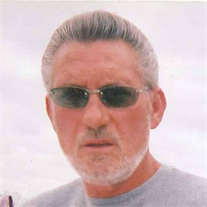 CROWDER - Billy Joe Smith, Sr. age 63, of Crowder, MS passed away on Thursday July 14, 2016 at the Quitman County Hospital in Marks, MS. He was born on April 26, 1953 to George and Diane (Miller) Smith in Elaine, AR. Billy moved to the Lambert area at an early age where he farmed. He was also a landscaper for Dr. James Warrington, Sr. for 11 years. Billy loved to deer hunt, fish and whittle. He was very outgoing and a family man who loved his children and grandchildren. Billy was of the Baptist faith.


To order memorial trees or send flowers to the family in memory of Billy Joe Smith, Sr, please visit our flower store.