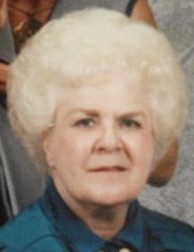 Bobbye was born on October 17, 1944 to George Washington and Louie Christine (Smith) Williams in Cleveland, MS.  She graduated Cleveland High School in 1962. Bobbye married William Arthur "Billy" Davis on December 1, 1963 in Metairie, LA.  She was a homemaker and helped her husband in his various jobs. Her passions in life were studying the Bible and genealogy. She also made her children and grandchildren a priority in her life. She loved them all dearly. Bobbye was a life-long Church of God of Prophecy member.

She was preceded in death by her parents George and Christine Williams; sister, Shelby Jean Williams and a brother George Washington Williams, Jr.

To order memorial trees or send flowers to the family in memory of Bobbye J Davis, please visit our flower store.