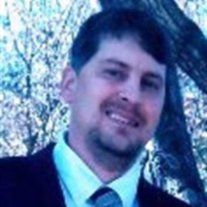 Brian was born on June 25, 1981 to Timmy and Gina (Reetz) Haynes in Cleveland, MS. Brian grew up in Drew and had lived in Cleveland and attended Cleveland Elementary Schools. He was a graduate of Drew High School. Brian was a former mechanic for Runnels Automotive in Cleveland and Jason Jones Ford in Heber Springs. He was currently enrolled at Arkansas State College. Brian was a family man; he loved spending time riding four wheelers with his daughter. He also enjoyed hunting, fishing, camping and cooking on the grill. His "Mimi" was a very important part of his life as she helped raise him for many years. Brian was a very outgoing man who never met a stranger. He was a member of First Assembly of God in Heber Springs and had previously attended the Church of God in Heber Springs. Brian was preceded in death by his grandparents; Daisey & Bucky Haynes and Al Davis.


To order memorial trees or send flowers to the family in memory of Brian Haynes, please visit our flower store.