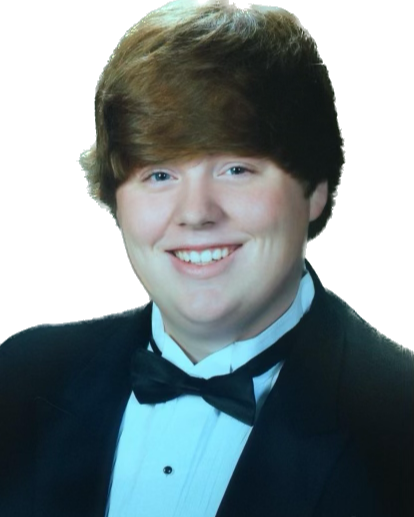 Walter Brooks Hooper, III age 28 of Cassville, MO formerly of Cleveland and Indianola, MS passed away Thursday, October 27, 2022, from an automobile accident in Cassville, MO.
Visitation will be held Tuesday, November 1, 2022, from 12:00 PM until 2:00 PM at Cleveland Funeral Home. A Celebration of Life Funeral Service will follow at 2:00 PM in the Cleveland Funeral Home Chapel. Burial will be in the New Cleveland Cemetery. Brother Bill McClellan will officiate the services.
Brooks was born December 14, 1993, to Walter Brooks Hooper II and Barbra Ann Miller Hooper in Indianola, MS. He grew up in Indianola graduated from Indianola Academy, and attended Mississippi Delta Community College. He worked on the farm with his uncle and grandfather for several years before becoming a welder and working with Maricorp US LLC in Missouri. Brooks was introduced to the drums at age 3 and has never stopped playing since, playing for the praise team at Indianola Baptist Church and several area bands. Music was his passion but he also enjoyed cooking, experimenting with different recipes, grilling out, drawing sketches, and Ole Miss Football.
Brooks gave his life to Christ at the Emmanuel Baptist Church in Greenville, MS,
He loved his family and enjoyed spending time with them and traveling to all the family vacation areas.
He was truly one of a kind and will be missed by all his friends and family.
Brooks was preceded in death by his grandparents, Walter Brooks Hooper, Dolly Long Hooper, Elizabeth Miller, and his great-grandfather Harvey Criswell.
He is survived by his dad and mamma Walter Brooks Hooper, II, and Felicia Dawson Hooper of Cleveland, MS, mother, Barbara Ann Miller Hooper of Indianola, MS, sister Sara Lyles (John) of Byhalia, MS, brother Phillip Lee of Memphis, TN, grandparents; James Miller of Indianola, James and Phyllis Dawson of Indianola, MS, great grandmother Lillian Criswell of Silver City, MS, two nephews; Danny and Walter Asa Lyles of Byhalia, MS. He also leaves the love of his life Sheridan Byrd of  Cassville, MO, and a host of aunts, uncles, and cousins to cherish his memory.
Memorials may be made to St. Jude Children's Hospital 501 St Jude Place Memphis, TN 38501.
Cleveland Funeral Home has been entrusted with the service arrangements. The online guest register may be signed at www.clevelandfuneralhome.net.
To order memorial trees or send flowers to the family in memory of Brooks Hooper, III, please visit our flower store.
Make a donation to St. Jude Children's Research Hospital in memory of Brooks Hooper, III
​