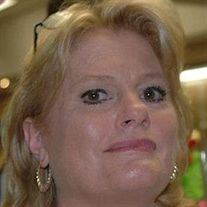 Visitation will be held Saturday, October 24, 2015 from 10:00 AM until 11:oo AM with Funeral services to follow at 11:00 AM at Drew Baptist Church in Drew, MS.
Burial will be in the Drew Cemetery. Reverend Clarence Edwards will officiate the service.

Camille was born on December 11, 1956 to William and Emry Little Coleman in Drew, MS. She was a 1974 graduate of North Sunflower Academy. She obtained a Master's
Degree in Special Education having attended Delta State University, University of Mississippi, and University of Texas- Austin. In 1984, Camille moved to Austin, Texas
and worked in Pflugerville Independent School District until 1992. In 1993 she began working for Advocacy Incorporated as a Special Needs Coordinator. From 1997-2000,
Camille worked for Fort Bend Independent School District as a Diagnostician. In 2004 she was employed by Stafford Municipal School District as the Department Head
of the Special Education Program. Camille worked the remainder of her career as a Support Facilitator for the Special Needs Program at Pasadena Independent School District.
She was a member of the Texas Teachers Association and AFTA.

Camille was an animal lover; she was a member of the Search and Rescue Great Dane Society. She enjoyed being with her family and watching the Manning boys play
football. She was also a proud breast cancer survivor.

Words from Camille's friends and loved ones:
Camille worked with all students. I have witnessed her showing deep caring for students that can be described as a tender hug. That qualifies as a master teacher within
itself.
Camille was known to me as a dedicated, professional educator with a deep love for all of the students with whom she was associated with at Pasadena High School.
Camille was a steadfast friend, always ready to listen to a problem or lend her support. She will be deeply missed by all of her co-workers and students.
As my friend and confidante, she cannot be replaced and I am the poorer for her departure. May she now find the peace that she so long sought for others.

Pallbearers are Patrick Sloan, Barry Bryant, Bill Cummins and Mike Gilbow.
Cleveland Funeral Home is in charge of arrangements.
The online guest registry may be viewed and signed at www.clevelandfuneralhome.net


To order memorial trees or send flowers to the family in memory of Camille Coleman Whitecotton, please visit our flower store.