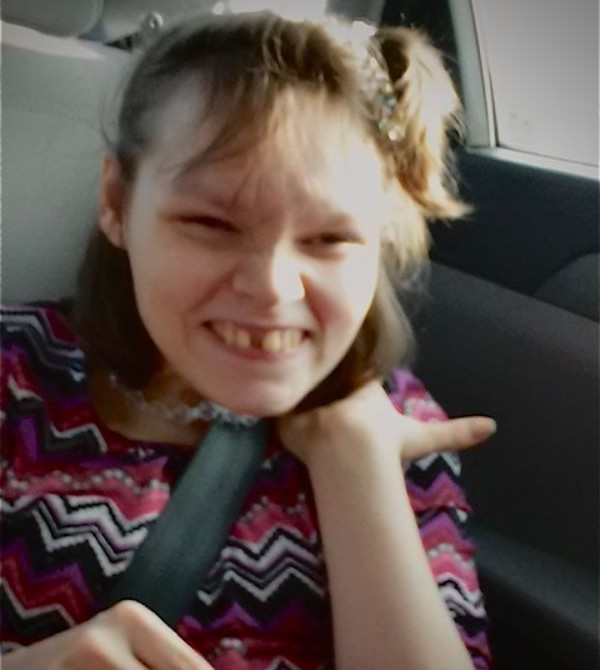 CLEVELAND- Carley Rose Branch-Haydel age 22 of Cleveland, MS passed away Wednesday, February 16, 2022, at her home
Visitation will be held Saturday, February 19, 2022 from 1:00 PM until 3:00 PM at the Church of Faith in Cleveland. The funeral service will follow at 3:00 PM. Brother Larry Weaver will officiate the service.
Carley Rose was born July 7, 1999, in Dayton Ohio, and moved to Cleveland, MS in 2002. Carley was ill her whole life but enjoyed as much as she was able. She was always bringing a smile to her parents, siblings, and anyone she met.
She is survived by her parents George Haydel, III and Diane  Ancar Haydel of Cleveland, Siblings, Alexander Haydel of Henning, TN, Benjamin Haydel of Cleveland, MS, George Haydel, IV (Kara) of Sikeston, MO, Chad Branch of Dayton, OH, and Chyenna Branch of Dayton OH, grandparents, Jerry and Mary Ancar, of Cocodrie, LA, grandfather, Tom Sweeny of Chesapeake, VA, numerous nieces, nephews, aunts, uncles, cousins and her Church of Faith Family.
The family requests that due to health reasons no flowers be sent to the funeral. Memorials may be made to the Women's Resource Center P O Box 4335 Cleveland, MS 38732, Paw Prints 404 Third Street Cleveland, MS 38732 or The Safari PO Box 75 Como, MS 38619.
Honorary pallbearers are Alex Haydel, Ben Haydel, Georgie Haydel IV, and Chad Branch.
Cleveland Funeral Home is in charge of the arrangements.
The online guest register may be viewed and signed at www.clevelandfuneralhome.net.
To order memorial trees or send flowers to the family in memory of Carley Rose Branch-Haydel, please visit our flower store.