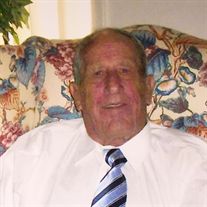 Buddy was born on December 25, 1936, one of twelve children to Dave Alonzo and Mattie May (Skinner) Jones in Cleveland, MS. He attended Linn Schools and joined the National Guard at an early age. He was a US Navy Veteran. Buddy worked in the towing industry for over 40 years, retiring from Ingram Barge Company in 1998 as a chief engineer. Buddy was known as the go to man to fix most anything. He loved to visit and talk with his neighbors and friends. Buddy had friends all up and down the Mississippi River from the Ohio River to New Orleans.
He was preceded in death by his parents, Dave Alonzo and Mattie May Jones, brothers; Jack Jones, Robert Louis Jones, Dave A. Jones, Jr. Sisters, Martha Jane Pate, Francis Prewitt, Dorothy Jones Pate and Betty Jean Malatesta.

Memorials may be made to Dockery Baptist Church P O Box 577 Ruleville, MS 38771

Cleveland Funeral Home is in charge of arrangements. The on-line guest register may be viewed and signed at www.clevelandfuneneralhome.net


To order memorial trees or send flowers to the family in memory of Cecil Conrad Jones, please visit our flower store.