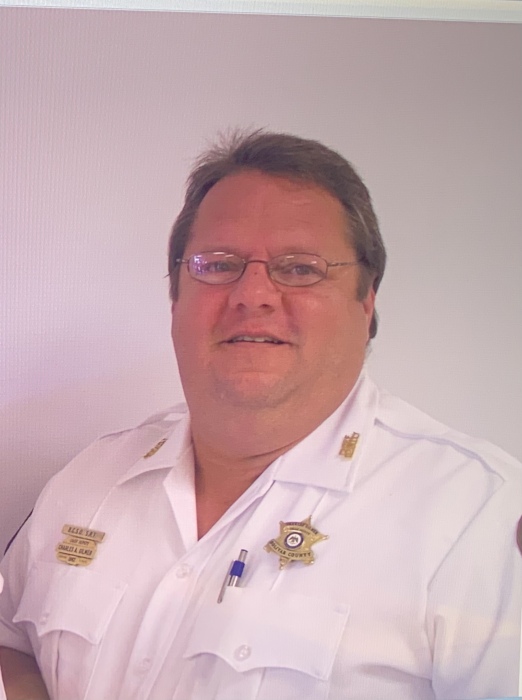 RULEVILLE- Charles Aubrey Gilmer age 59 of Ruleville, MS passed away Sunday, May 9, 2021, at his home in Ruleville, MS.

A visitation for Charles will be held from 6:00 PM until 8:00 PM Monday, May 10, 2021, at Cleveland Funeral Home in Cleveland, MS. A private family graveside will be held at a later date. Bill Quinton and Becky Clark will officiate the service.

Charles was born October 10, 1961, to James Charlie and Louise White Gilmer in Belzoni, MS. At the age of 6, he and his family moved to Forest, MS. In 1971 he moved to Cleveland, MS. He graduated from Cleveland High School after graduation he enlisted in the United States Army where he spent 4 years in the infantry division. After returning from the Army Charles, went to work with the Bolivar County Sheriffs Department where he remained for 28 years until retirement. He also retired from the Bolivar County Fire Department. For the past 8 years, Charles was the owner-operator of H & W Communications. He was a member of the Masonic Lodge where he had served as past Lodge Commander and secretary and treasurer.
Charles' hobbies and joys in life included hunting, fishing, 3D archery, and loving his friends and family.
He will be missed by the community and his friends and family.
He is preceded in death by his father, James Charlie Gilmer.
Charles is survived by his fiance, Lee Saxon, of Ruleville, MS,  mother, Louise Gilmer, of Forest, MS, daughter, Caitlyn Gilmer of Cleveland, MS, son, Aubrey Gilmer (Leigh Ann) of Gulf Port, MS, step-daughter, Samantha Saxon of Ruleville, MS, sister, Teresa Cupit of Forest, MS, niece, Lindsey Cupit of Forest, MS, and four grandchildren, Olivia Sherwood, Lawson Sherwood, Davina Gilmer, and Malcolm Gilmer.
Pallbearers will be Joe Smith, Carl Norwood, Jasen Norwood, Chris Sanders, Newman Switcher, and Peter Hartley. The honorary pallbearers are Rob Linkous, Matthew Brown, Buster Bingham, and Charles Smith.
Memorials may be made to the American Cancer Society.
Cleveland Funeral Home is in charge of the arrangements. The online guest register may be signed at www.clevelandfuneralhome.net

To order memorial trees or send flowers to the family in memory of Charles Aubrey Gilmer, please visit our flower store.