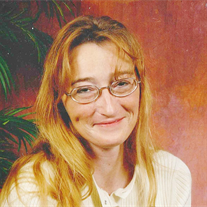 Christy was born on December 25, 1968 to Lonnie and Betty (Hart) Skinner in Wynne, Arkansas. She and her family moved to Shelby in 1969. Christy graduated from Bayou Academy and received a Master Degree in Psychology from Delta State University. She attended the First Baptist Bible Church in Drew, MS. Christy loved to paint and write poetry. She was a mentor and coach to many, helping them along their life journey. Christy adored her family, especially her grandchildren, and loved spending as much time as she could with them.


To order memorial trees or send flowers to the family in memory of Christy Skinner, please visit our flower store.