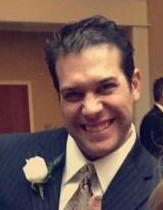 Todd was born on October 16, 1973 to Floyd and Gwen (Nicholson) Arbuckle in Cleveland, MS. Todd graduated Pace Christian Academy in 1991. He worked in the family business, A & A Muffler, all of his life.  He married Kim Usery Arbuckle on June 3, 1995 at Pace Pentecostal Church.  Todd loved spending time with his family, he loved to hunt, build most anything, help with his boys dirt bike racing and help his girls in their many adventures. He was always the jokester, he loved making deals and collect junk. Todd always enjoyed helping others. His mere presence would lite up the room. He was a life-long member of Pace Pentecostal Church.

To order memorial trees or send flowers to the family in memory of Clifford Todd Arbuckle, please visit our flower store.