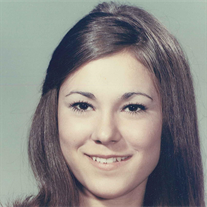 Connie was born on July 21, 1953 to Gordon and Amy (McKnight) Lott in Kissimmee, Florida. She moved to Rosedale at an early age. She graduated Rosedale High School. She married Robert Lee Hayes on November 06, 1971 in Trinity Baptist Church in Rosedale, MS. Connie worked at the Bolivar County Tax Assessors Office in Rosedale for 25 years. She also worked with C D Long Partnership as office assistant for 14 years. She was a member and Sunday School teacher at Trinity Baptist Church in Rosedale. Connie was a mother to all her kids childhood friends. She loved to Fish and work in her flower garden. Connie loved her children, grandchildren and great grandchildren, they kept her motivated to fight in her final days. She was preceded in death by a grandchild Lexus Shine Hayes.


To order memorial trees or send flowers to the family in memory of Connie Hayes, please visit our flower store.