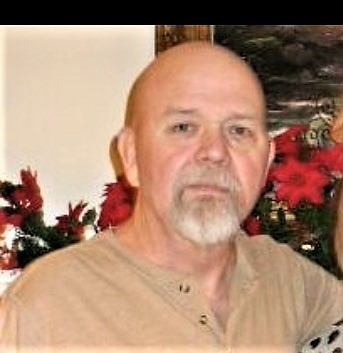 A visitation will be held Tuesday, April 6, 2021, from 5:00 PM until 7:00 PM at the Cleveland Funeral Home. A Celebration of Life Funeral Service will be held at 2:00 PM Wednesday, April 7, 2021, in the Cleveland Funeral Home Chapel. Burial will follow in the North Cleveland Cemetery. Reverend David Schauer will officiate the services.
Danny was born November 27, 1948, to George Eugene and Dorothy Faye Doss Ellison in Hughes Springs, Texas. He graduated from Daingerfield High School in Daingerfield, Texas in 1967. After attending a semester of college, Danny was drafted by the United States Army. As a sharpshooter fighting in the Vietnam War, he earned the Vietnam Service Medal with 4 Bronze Service Stars, National Defense Service Medal, Republic of Vietnam Campaign Medal, Good Conduct Medal, a Purple Heart with an Oak Leaf Cluster, and Bronze Star with “V” Device. After his tour in the Army, Danny graduated Summa Cum Laude from Texas A&M Commerce with a dual degree in Geology and Biology. He was a member of Phi Beta Kappa. He worked in Geology for a time in Utah, Wyoming, Colorado, and Canada. He also worked with Kraft Foods, Pilgrim’s Pride, and British Petroleum before moving to Cleveland to work with Brandywine and Tyson Foods. It was at that time he met and married the love of his life, Angela Steen. They married on April 29, 1995, in Cleveland.  Danny retired from work with the Mississippi Department of Agriculture as an inspector. He had several hobbies he enjoyed such as fishing, hunting, making deer jerky, reading, cooking, telling stories, laughing, and speaking his mind. He also enjoyed listening to ZZ Top and the Eagles, but most importantly spending time with Angela (Red) and loving on his children and grandchildren.

He was preceded in death by his parents, George and Dorothy Ellison, and a brother, Doyle Ellison.
Danny is survived by his loving wife of 25 years, Angela Steen Ellison of Cleveland, Mississippi; two daughters, Candace Ellison of Dallas, Texas and Rebel Adriana (Daniel) Stewart also of Dallas; two grandchildren, Brooklyn and Hudson Stewart and a sister, Dolores Gardner of Longview, Texas. He also leaves several nieces and nephews to cherish his memory.

Cleveland Funeral Home is in charge of arrangements. The online guest register may be signed at www.clevelandfuneralhome.net The funeral service will be live-streamed here on Danny's obituary.

To order memorial trees or send flowers to the family in memory of Danny Ray Ellison, please visit our flower store.