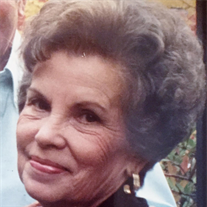 Minter City - Dorothy Williams Ray Britt, age 84, of Minter City, MS passed away on Friday January 08, 2016 at the Bolivar Medical Center in Cleveland.
Visitation will be held Sunday January 10, 2016 from 5:00 PM to7:00 PM at the Cleveland Funeral Home in Cleveland. Funeral Services will be held 2:00 PM Monday January 11, 2016 in the Cleveland Funeral Home Chapel. Burial will be at the Lehrton Cemetery in Ruleville, MS. Reverend Robert Rawson will officiate the service.

To order memorial trees or send flowers to the family in memory of Dorothy Williams Ray Britt, please visit our flower store.