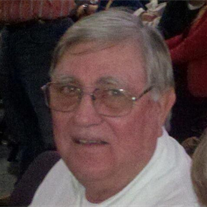 Doug Pannell, age 76, of Ruleville, MS passed away on Wednesday February 24, 2016 at the University Medical Center in Jackson, MS.
Visitation will be held Saturday February 27, 2016 from 1:00 PM to 2:00 PM at the Cleveland Funeral Home in Cleveland. Funeral Services will follow at 2:00 PM in the Cleveland Funeral Home Chapel. Burial will be at the Lehrton Cemetery in Ruleville, MS. Reverend Larry Chouccoli will officiate the service.

Doug was born on November 11, 1939 to Pete and Ruby (Ellis) Pannell in Doddsville, MS. He graduated Moorhead High School. Doug was a United States National Guard Veteran. He was a former State Highway Department worker and had also worked for Scuggs Farms. He was a retired farm manager having worked with Dyche Plantation for 36 years. Doug was a member of Dockery Baptist Church. He loved to go to the hunting club and be near his friends. He was a hard working provider and loved each of his friends and family.
Doug was preceded in death by his parents Pete Floyd and Ruby Ellis Pannell, Wife, Carolyn Walker Pannell, Sister, Melba Newton and a brother Thomas "Buddy" Pannell.


To order memorial trees or send flowers to the family in memory of Doug Pannell, please visit our flower store.