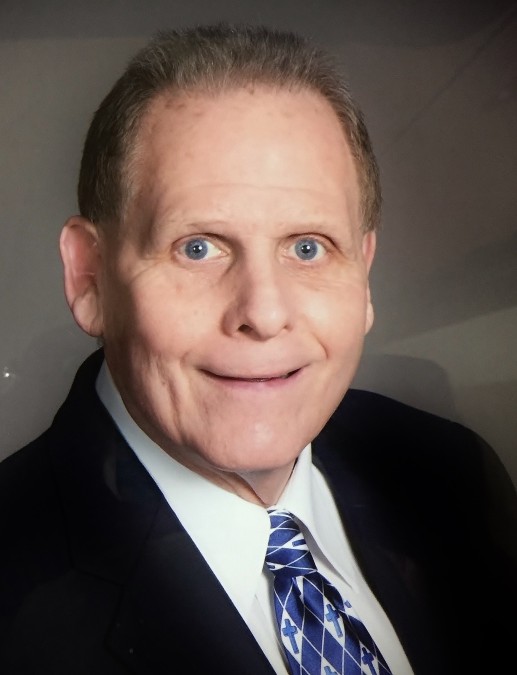 CLEVELAND - David F. Granville Jr., of Cleveland, MS, went to be with his Lord on Wednesday, October 3, 2018, at the Bolivar Medical Center in Cleveland. He was 64.

Dr. Granville, or doc, as he was affectionately known, was born on February 18, 1954, to David F. and Jean (Dannreuther) Granville Sr., in Chicopee, MA. He graduated Henry C. Conrad High School in 1972 and went on to receive his Bachelor’s Degree in Physical Education from the University of Delaware, and a Masters of Education Degree from the University of Cincinnati. Dave later earned a Doctorate of Ministry from the Andersonville Theological Seminary and a Doctorate of Theology from Northwestern Theological Seminary.

On May 22, 1999, Dr. Granville married Susan T. Truskey. In 2004, the family moved to Port Gibson, MS, where Dave was employed at Chamberlain Hunt Academy as a science teacher and was promoted to commandant. They later moved to Mendenhall, MS, where he was headmaster of Simpson Academy. In 2012, Dr. Granville and Su moved to Cleveland where he was employed as headmaster of Bayou Academy.

A devout Christian, Dr. Granville was also called to the Ministry. He was the pastor of the First Church of the Nazarene in Cleveland and Greenville. He also ministered at Dockery Baptist Church and served as a guest pastor at several area churches before taking the pastorate position at Interstate Baptist Church.

Dr. Granville dedicated his life to serving others. Throughout his life, he left an indelible mark on the communities where he lived and worked. He was a natural born leader and   thrived on coaching and teaching others. His selflessness was ever-present, and he would go out of his way to lend a helping hand.

For as hard as he worked, Dr. Granville played equally hard. He was a lifelong, committed athlete who loved all sports. He was the basketball coach and assisted with several other sports at the academies where he worked. He was an intense competitor and loved to win, but was always fun and magnanimous.

Perhaps a lesser known fact was that Dr. Granville was also a creative writer, and has written several songs, children’s books and poems. He wrote his wife, Su, a beautiful poem for their wedding, and once had a poem published as a part of a collection.

Dr. Granville was a proud and devoted family man. The love of his life was his wife, Su, and she felt his love always. He loved his children and grandchildren deeply and made sure to tell them as much regularly. When his children were younger, he made sure that he coached them in everything that they did. As they got older, he texted them inspirational biblical quotes daily and constantly reminded them that all that mattered was their happiness, health and relationship with Jesus Christ.

Dr. Granville will be tremendously missed by all who knew him. He was a gregarious, big-hearted and quick-witted jokester who could always evoke a laugh. His outgoing nature ensured that he never met a stranger. He was always encouraging and lifting others up and made a lasting impression on all he met.

Dr. Granville was preceded in death by his parents, David Granville and Jean Dannreuther, and two sons, Steven Taylor and Ryan Taylor.

The family requests that memorials be made to your favorite charity in memory of Dr. David Granville

To order memorial trees or send flowers to the family in memory of Dr. David F Granville, please visit our flower store.