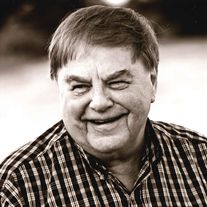 CLEVELAND - Dr. John Wester Johnson, age 77, of Cleveland, passed away on Sunday January 25, 2015 at the Delta Regional Medical Center in Greenville.
Visitation will be held Wednesday 01/28/2015 from 5:00 PM to7:00 PM at the Cleveland Funeral Home in Cleveland. Celebration of Life Service will be held Thursday 01/29/2015 10:00 AM in the Cleveland Funeral Home Chapel. Private family burial will follow at the New Cleveland Cemetery. Father Kent Bowles will officiate the service.

Dr. Johnson was born on April 02, 1937 to Robert Wray and Madge (Wester) Johnson in Cleveland, MS. He was a 1955 Cleveland High School graduate. He received his Doctor of Dental surgery Degree from the University of Tennessee, Memphis, TN in 1960. Upon his graduation Dr. Johnson entered the United States Air Force. He obtained the rank of Captain while stationed in Okinawa, Japan. Upon returning from the Air Force he went into the dental practice with his father and eventually his son. He was very proud of the 3 generation dental legacy. Dr. Johnson retired in 2003, He was known for his caring, compassionate Dentistry to his many friends and patients. After his retirement, he taught the Dental Hygienist Program for Mississippi Delta Community College.
Dr. Johnson's grandchildren were the light of his life he loved to spend quality time with them and he was present at nearly all their baseball games. Dr. Johnson a lifelong member of the Ozark Island Hunting Club where he had previously served on their Board of Directors. He was very community minded having served on various bank boards, the Cleveland Bolivar County Civil Defense for many years and was a member of the Mississippi and American Dental Associations His passion was the outdoors, loved the Mississippi River and duck hunting and playing cards, he also loved to help educate and teach his hygiene students the last few years of his life. Dr. Johnson was of the Methodist faith. He was preceded in death by his parents, and a brother Robert Wray Johnson, Jr.

Cleveland Funeral Home is in charge of arrangement


To order memorial trees or send flowers to the family in memory of Dr. John Wester Johnson, please visit our flower store.