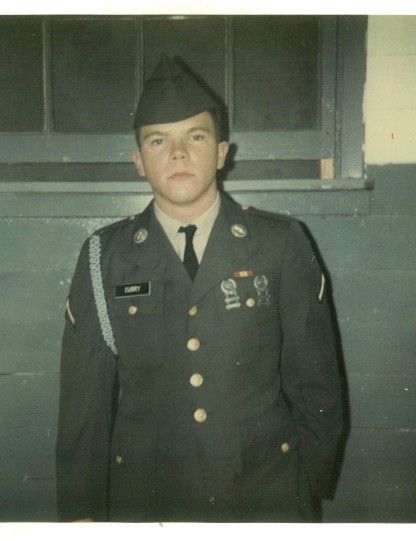 SHAW - Edward Thomas Curry, Jr., age 65, of Shaw, MS, passed away peacefully at his home surrounded by family and in his favorite spot, "His Recliner" Tuesday, July 3, 2018.

Ed was born February 26, 1953 to Edward Thomas and Eloise (Mayo) Curry in Vacaville, California. They later moved to Arkansas and Ed joined the United States Army serving as a Private 1st Class in the Airborne Division during his 3-year stint in the Vietnam War. After his Honorable Discharge from the Army, Ed traveled the country and eventually settled down back in Arkansas, where he worked for his step-father as a transmission mechanic. Later in life Ed became a long-haul truck driver traveling the open roads. After his retirement, he enjoyed reading books, playing his 12-string guitar and singing karaoke. Ed was a Neil Diamond fan, enjoying singing and playing his songs. Many felt Ed's voice was very similar to that of Neil Diamond's. He was also a history buff, movie fanatic and most importantly loved his, as he called it, "The Walton Family".

He was preceded in death by his parents, Edward Curry, Sr. and Eloise and Albert Johnson, sisters; Terry Mayo and Kay Parham.
Ed is survived by the love of his life, Vicki Baker of Shaw, MS;  Son, Anthony Curry of Harrison, AR; Step-son, Joseph Moody of Gravette, AR; Step-daughter, Melissa Shaffer of Shaw, MS and 5 Grandchildren.

To order memorial trees or send flowers to the family in memory of Edward Thomas Curry, please visit our flower store.