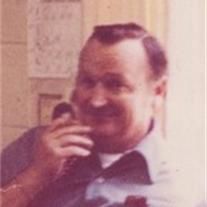 CLEVELAND - Eldon G. Dill, age 76, of Cleveland , died on Thursday December 25, 2008 at his Residence. He was born on November 21, 1932 to Floyd and Lila(Blanton) Dill. in Cleveland. He was life long Cleveland Resident having attended Cleveland Schools until he was drafted by the United States Army. He served in the US Army during the Korean War. After returning from the war he married Mary Lou Griffin Dill on April 17, 1955 at Crossroads Baptist Church in Webster County, MS. Mr. Dill was a long time employee of Color tile having come up through the ranks and was plant manager upon his retirement after 37 years. He was an avid golfer loving the competitive environment and established many friends over his years of playing golf.. Mr. Dill also in his later years enjoyed hunting and fishing. He attended Calvary Baptist Church. Visitation will be held Saturday 12/27/2008 from 9:00 AM to 11:00 AM at the Cleveland Funeral Home. Funeral Services will be held Saturday 12/27/2008 11:00 AM at Cleveland Funeral Home in Cleveland, MS. Burial will be at the North Cleveland Cemetery. The Rev. Mark Worsham and Thomas Bruce will officiate the services. Cleveland Funeral Home is in charge of arrangements. He is survived by wife of 53 years, Mary Lou Dill of Cleveland, Son, Gayle Dill of Boyle, MS. Son, Ronnie Dill of Cleveland, MS. Sister, Linda Mae Caswell of Houston, TX. Four Grandchildren, 4 Great Grandchildren and a host of nieces and nephews. Honorary pallbearers will be, Billy Nowell, H. L. Dillworth, Randy Rico, Joe Sally, and James Griffin. Online guest register may be viewed and signed at www.clevelandfuneralhome.net

To order memorial trees or send flowers to the family in memory of Eldon Dill, please visit our flower store.