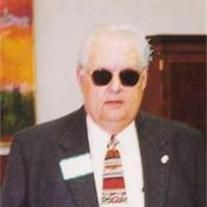 Dr. Frank C. Young, age 66, of Cleveland , passed away on Thursday September 08, 2011 at the Bolivar Medical Center .  He was born on September 26, 1944 to Troy and Willie (Crider) Young in Logan , Alabama .  Dr. Young graduated from West Point High School in West Point , Alabama . He received his Bachelor of Science degree from Florence State University and a Doctor of Philosophy in Driver's Education and Traffic Safety. He was the first Dr. of Drivers Education in the state of Mississippi . Dr. Young began his employment with Delta State University in 1972 where he started the first Drivers Education program. He remained at Delta State until 2002 having taught over 7000 young teens through his Drivers Education program. While at Delta State he was a clock operator of football and basketball games and a coach bus driver for the teams and private trips for over 20 years. Dr. Young was a member of First Baptist Church Cleveland and a former Cleveland Lion's Club member. He was a lover of life and those around him.  Visitation will be held from   09:00 AM to 10:00 AM Saturday September 10, 2011 at the Cleveland Funeral Home in Cleveland . Graveside funeral service will follow visitation at North Cleveland Cemetery in Cleveland .  The Reverend Jimmy Breland will officiate the service. Pall-bearers will be James Donald Cooper, Leroy Morganti, Wade Kennedy, Melvin Steadman, Allen Pepper, Paul Lindsey, Buddy Ware and Tiny Avery. Honorary pall-bearers are Dr. Benny Wright, Dr. Steven Clark, Dr. Charlie Brock and Dr. Michael Montesi.  He is survived by wife of 24 years, Sally Chandler Young of Cleveland, MS, adopted brother Otis Hankins of Cleveland and a host of friends and relatives.  Cleveland Funeral Home is in charge of arrangements. Memorials may be made to St. Jude's Hospital 501 St. Jude Place Memphis , TN 38105

To order memorial trees or send flowers to the family in memory of Frank Young, please visit our flower store.