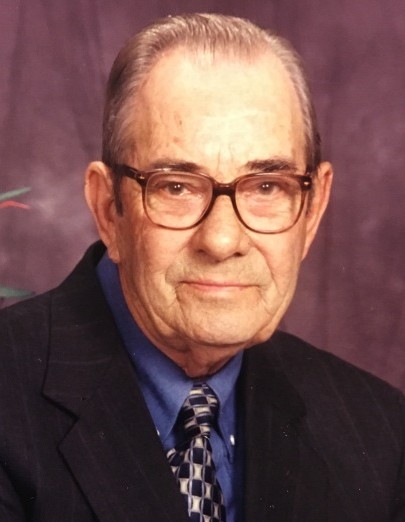 George was born on June 4, 1926 to George Brown Mixon, Sr. and Nannie (Mayo) Mixon in Skene, MS. He attended Boyle Schools and worked on the family farm until he enlisted in the United States Army. He served in the 778th Tank Battalion in Central Europe during World War II where he obtained the rank of Corporal and received 2 Bronze Stars for his service.   After returning home from the war, he married Maxine Volk in 1947.  George worked at Misceramic Tile for many years before opening Mixon's Grocery and Lawn Mower Repair in Shaw, MS. Mr. Mixon retired in 2011 after having moved his lawn mower repair shop to his home. George was a long-time member of Interstate Baptist Church. In his younger years he enjoyed fishing, hunting, playing music with family and dancing with his lovely wife. He also enjoyed spending quality time with his family.

He is survived by Daughter, Jere Lynn (Scot) Douglass of Dalzell, SC; 4 Grandchildren; Courtney and Kenliegh Douglass, Jessica and Jeffery Mixon.  He also leaves a host of nieces and nephews.

To order memorial trees or send flowers to the family in memory of George Brown Mixon, Jr., please visit our flower store.