CLEVELAND - Guy Wallace Jones, age 58, passed away on Friday April 18, 2014 at his home. He was born on May 24, 1955 to H.L. and Lois Stubbs Jones in Rosedale, Mississippi.
Visitation will be held Sunday April 20, 2014 from 06:00 PM 08:00 PM at Cleveland Funeral Home in Cleveland. Funeral Services will be held Monday, April 21, 2014 at 11:00 AM in the Cleveland Funeral Home Chapel with burial following in Delta Heights Memorial Gardens. Reverend Bob Hill will officiate the service.
Guy graduated from Cleveland High School in 1974. He married Jeana Rigby on November 22, 1980 in Cleveland, MS. He was employed by Cleveland Furniture Company until he opened Jones Furniture Company. Guy loved hunting and fishing as he followed in the footsteps of his grandfather and father. Guy adored his daughter and granddaughter and loved gardening with his granddaughter. He was of the Baptist faith.
He was preceded in death by his parents

Memorials may be made to the March of Dimes March of Dimes National Office 1275 Mamaroneck Avenue White Plains, NY 10605
Cleveland Funeral Home is in charge of arrangements. Online guest register may be viewed and signed at www.clevelandfuneralhome.net.


To plant memorial trees or send flowers to the family in memory of Guy Jones, please visit our flower store.

MY DEAREST JEANA & FAMILY, I am just now seeing this ............... I'm so shocked by your sad, sad news. OMG ! I'm so very sorry that he is gone. If there is anything you need I am in the phone book in Vicksburg,MS. I know you must be in terrible pain & such loss. I will say prayers for you & the family that GOD will give you peace & comfort in the days to come my friend. Maybe when I come back to put flowers on all my graves I might try to call & see you if your up to a visit. Know that I Love you always.Sincerely my friend,Brenda Thompson Roberts

I am very sorry for your loss. One encouraging thought you might find comforting in this difficult time is found at John 5:28, 29. "The hour is coming in which all those in the memorial tombs will hear his voice and come out." God gives us this beautiful hope that he will soon resurrect our dead loved ones and we can see them again.

Even though cousins don't see each other as much in their adult lives, we still think of each other frequently. Bubba & I were the same age and it's still hard to think that he's no longer with us. I "do" know that he's in such a Wonderful Place now and no longer in pain. He's reunited with family members that had already departed this world and will eventually one day be reunited with the rest of his family members; whom he loved dearly. Jeana just think of the conversations he's having with all those family members up in Heaven!!! I can picture it right now! Jeana please know that you and your family are loved by many and will be in our thoughts and prayers each and every day. Love to all.Melody McCreary Stafford

We have been so honored to have known Guy Jones and to have called him friend. His presence will be so missed. Rest in peace, Bubba. Praying for the family's peace and comfort as they lay their loved one to rest.Joe and Reba McKnight 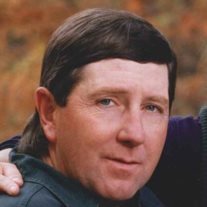