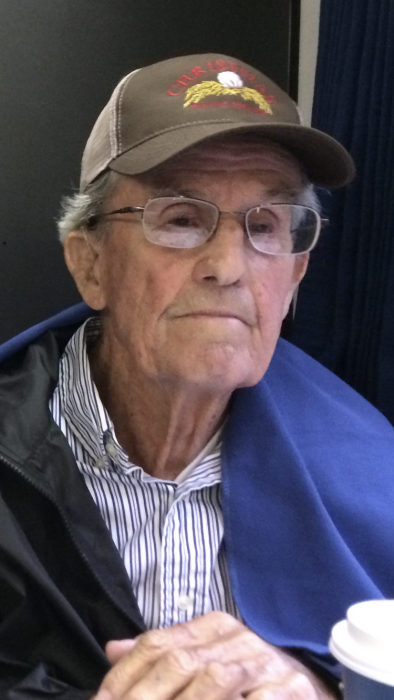 Visitation will be held Monday January 22, 2018 from 5:00 PM until 7:00 PM at Cleveland Funeral Home in Cleveland.  Funeral Services will be held at 2:00 PM Tuesday, January 23, 2018 at First Baptist Church in Boyle, MS.  Burial will be at the New Cleveland Cemetery. Rev. Clarence Edwards will officiate the services.

H.B.  was born on August 6, 1928 to Edley and Nettie Bain Medders in Merigold, MS. He enlisted in the United States Marines in 1946 and after service returned to the Delta where he married Norma Jean Campbell on March 21, 1954 in Boyle, MS. H.B. farmed many years in the Delta and Oktibbeha County. He also instructed Heavy Equipment Operations at Mississippi Delta Junior College. He assisted with FFA projects which made it possible for summer trips to the western states for the boys. H.B. was a member of First Baptist Church in Boyle, MS where he served as a Deacon for over 40 years. H.B's favorite past time was going to farm auction sales and quail hunting.
H.B. was preceded in death by his parents Edley and Nettie Medders, a brother Doiss E. Medders and an infant sister Bainey Rebecca Medders.

To order memorial trees or send flowers to the family in memory of H.B. Medders, please visit our flower store.