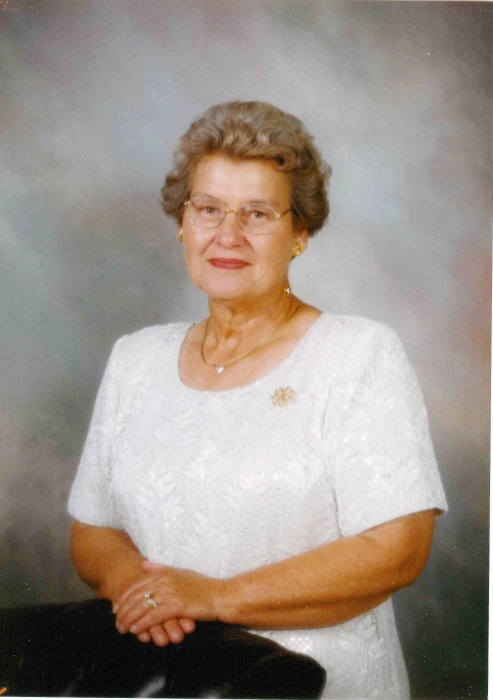 CLEVELAND- Henrietta Pannell Holeman, age 87, of Cleveland, MS, passed away on Thursday, May 28, 2020, at the Indywood Estate Personal Care Home in Cleveland.
Visitation will be held Saturday, May 30, 2020, at Cleveland Funeral Home from 9:00 AM until 10:00 AM. A Celebration of Life Funeral service will follow at 10:00 am in the Cleveland Funeral Home Chapel. Burial will follow in the Drew Cemetery. Reverend. Larry Chouccoli and Reverend Larry Braswell will officiate the services.
Henrietta was born on September 30, 1932, to Leroy and Vinie (Hocutt) Pannell in Washington County, MS. She grew up in Blaine, MS, and attended Blaine Schools.   She married James Edward Holeman on November 13, 1948. Henrietta raised her three children and enjoyed her grandchildren. She was an excellent homemaker who loved and enjoyed spending time with all of her family. She also spent many hours on the farm helping her husband and cooking for the farmhands. She was a Godly loving mother, who enjoyed being a caregiver for anyone in need. She loved her church, Blaine Baptist Church. She also enjoyed traveling, gardening, shopping at McRae's, sewing, cooking, and being outdoors. She was also known to show up at many of her grandchildren's sporting events, always supporting their sporting ambitions.
Henrietta was preceded in death by her parents, Leroy Pannell and Vinie Hocutt Pannell; her husband, James Edward Holeman; and her brother, Ledger Pannell.

To order memorial trees or send flowers to the family in memory of Henrietta Holeman, please visit our flower store.