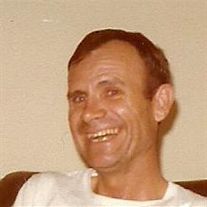 KELLER - Houston Jones, age 78, of Keller, TX passed away on Friday October 23, 2015 at the Baylor Hospital in Grapevine, TX.

Visitation will be held Saturday October 31, 2015 from 11:30 AM to 12:30 PM at the Cleveland Funeral Home in Cleveland. Graveside funeral services will be held 1:00 PM Saturday at Beulah Cemetery in Beulah, MS. Reverend Clarence Edwards will officiate the service.

Houston was born December 15, 1936 to Emmitt O'Neal and Lillian Coleman Jones in Beulah, MS. He attended Beulah Schools. Houston spent most of his life in Texas where he was a Welder for General Steel and also Gulf States Fabricators in Louisiana. Houston was also a former volunteer Policeman in Ft. Worth TX. He was an expert carpenter who enjoyed building a variety of different furnishings. Houston's hobbies included reading, fishing and was also know to have a green thumb with his gardening skills.
He was preceded in death by his parents; Emmitt and Lillian Jones, sisters; Linda Morgan, and Sue Jones, and four brothers; Arthur, Robert, Doyle and JW Jones.


To order memorial trees or send flowers to the family in memory of Houston Jones, please visit our flower store.