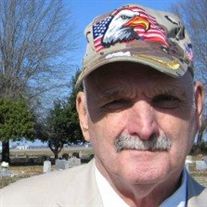 J W was born on January 18, 1939 to Emmitt and Lillian (Coleman) Jones in Doddsville, MS. He and his family left the Delta at an early age. He joined the United States Army in 1956 and served as a private in the post Korean Conflict. After his service in the Army he moved to Palestine, TX where he spent the bulk of his life. He was in the construction business most of his life having worked for several different companies around the nation. J W was of the Baptist faith. He was a fun loving, generous, caring man who was loved and will be missed by his friends and family.
He was preceded in death by his parents, sisters; Linda Morgan, and Sue Jones, three brothers; Arthur, Robert and Daryle Jones.

To order memorial trees or send flowers to the family in memory of J W Jones, please visit our flower store.