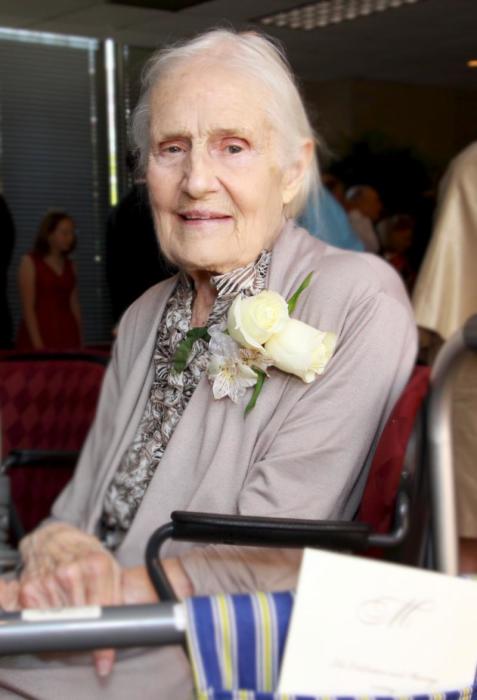 Visitation will be held Wednesday, April 5, 2017 from 10:00 AM until the 11:00 AM Funeral Mass in the Memorial Funeral Home Chapel in Newport, Rhode Island. Burial will follow in the St Columba Cemetery in Middletown, RI

Jeanette was born on June 7, 1923 in Newport, RI to Charles T. Harris and Eva Levesque Harris. She graduated from St. Joseph’s High School. She lived in Rhode Island, Detroit, Michigan and Camarillo, California. Jeanette was a former bookkeeper.  She married a marine—James Henry Norris on September 5, 1942 and remained married until his death on January 28, 1996. Jeanette was a homemaker, an avid cook and liked to put puzzles together. She moved to Mathiston, MS in 1966 where she resided for many years. She was of the Roman Catholic faith. Jeanette was a communicate of the St. Joseph Catholic Church in Starkville, MS before moving to Cleveland to be near to her family.

Jeanette was preceded in death by her parents—Charles and Eva Harris; her husband—James Henry Norris; her sisters—Faye Allen, Eva Shelton and Nona Busch; her brother—Charles Harris.

Jeanette is survived by her son James (Paula) M. Norris of Boyle, MS; her son Jayson (Dixie) H. Norris of Bailey, CO; grandchildren Nicholas & Matthew Norris, Christy Milton and Aaron Norris as well as a host of nieces and nephews.

To order memorial trees or send flowers to the family in memory of Jeanette Lea Norris, please visit our flower store.