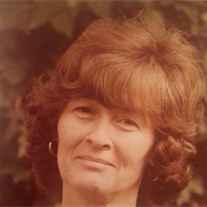 Jeanette Fox Warren, 82, of Yazoo City, Mississippi, died at home on December 3, 2015.
She was born August 9, 1933 in Inverness, Mississippi, to Marvin Thedford Fox and Lillian Audell Pinkerton Fox. She attended Shaw High School, and upon graduation, enrolled in Sunflower Junior College where she was crowned Homecoming Queen and Most Beautiful. She went on to Delta State Teacher's College where she graduated with a Bachelor's of Science in Mathematics in 1954. She spent her earlier years teaching at Port Gibson, Vicksburg, Cary, Lambert, and Greenville, Mississippi. In 1966 she moved to Baton Rouge, Louisiana, where she taught and was head of the math department for 12 years at Central High School. While in Baton Rouge, she earned her Master's of Mathematics degree from Mississippi State University. In 1978, she moved back to Mississippi where she taught at Indianola Academy. In her later years, she taught at Thomas Stone High School in Waldorf, Maryland, and Manchester Academy in Yazoo City. She will always be remembered for her kind, serving, generous nature. As a deeply devoted sister, mother, grandmother, and aunt, she was the true embodiment of I Corinthians 13. She loved mightily, and was loved beyond measure.
She was preceded in death by her parents, her husband, Jack Dwayne Warren, and her son Michael Fox Carollo.
She is survived by her son, Marvin Carmel Carollo (Natalie) of Madison, her two daughters, Gayla Love Carollo of Baton Rouge, Louisiana, and Mitzi Jeanette Carollo Tompkins (Lance) of Edwards; three sisters, Janelle Fox Tarver (Bud) of Merigold, Delores Ann Avritt (Charles) of Cleveland, and Marvin Kay Hilliard (Jim) of Leland, six grandchildren, Paige, Magen, Mahlon, Jacob, Nathan, and Hailee; and three great-grand children.
Services will be held Monday, December the 7th. Visitation will begin at 1:00 in the afternoon at the Cleveland Funeral Home with graveside services to follow at 2:00 at the New Cleveland Cemetery.
Cleveland Funeral Home is in charge of arrangements. The on-line guest register may be viewed and signed at www.clevelandfuneralhome.net


To order memorial trees or send flowers to the family in memory of Jeanette Fox Warren, please visit our flower store.