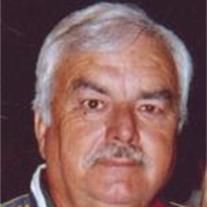 Joe Lovett, age 60, of Doddsville, MS died Saturday November 20, 2010 at the Slidell Memorial Hospital in Slidell, Louisiana.  Visitation will be held Monday 11/22/2010 from 6:00 PM to 8:00 PM at the Cleveland Funeral Home in Cleveland.  Funeral Services will be held Tuesday 11/23/2010 2:00 PM at the Cleveland Funeral Home Chapel.  Burial will be at the North Cleveland Cemetery. The Reverend Bob Hill will officiate the services.Joe was born on May 05, 1950 to John and Helen (Spencer) Lovett in Lambert, MS. Mr. Lovett was a 1968 graduate of Canton High School and had graduated from North West Mississippi Community College with an AS in Business. He also attended Delta State University. Mr. Lovett was a licensed barber and was the current manager of AutoTron. He was a former insurance auditor and had owned his own car hauling business "Big Daddy Truckin' " for over 20 years. He was a US Air force Veteran having served his country for 4 years and had obtained the rank of Sergeant. Joe was a member of Calvary Baptist Church where he taught Sunday School and helped with the youth. He was a former deacon at Morrison Chapel Baptist Church. Some of Joe's hobbies included bowling and ham radio operating. His family says he was a loving devoted son, brother, husband, father and grandfather.   He is survived by his wife of 33 years, Linda Miles Lovett of Doddsville, MS.  Mother, Helen Spencer Lovett of Decatur, MS, Daughter; Valerie Lovett and friend Luke Ingram of Choctaw, MS. Son; John Lovett of Doddsville, MS.  Brother; Johnny A. Lovett of Abbeville, MS.  2 Sisters, Lillian Johnston of Decatur, MS. and Vicki Roberts of Brandon, MS.  2 Grandchildren, Lexi Lovett of Cleveland,  MS and Matthew Ingram of Choctaw, MS. Pallbearers will be Donnie Rocconi, Todd Hopkins, Anthony Michael, Ted Ballard, Brad Washington, Jeffery Fioranelli, Max Davidson and Josh Little. Honorary pallbearers are; Houston Weaver, Bill Hunter, Slim Kendall, Ron Barnett, Roger McClain, Dr. Don Blackwood, Dr. Mark Blackwood and Kent Dakin. The family requests that memorials be made to the Alzheimer's  Association 96011 Washington, DC 20090-6011.

To order memorial trees or send flowers to the family in memory of Joe Lovett, please visit our flower store.