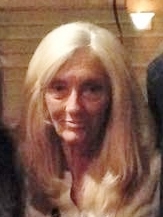 Kathryne was born on February 27, 1952 to Otis Hill, Sr. and Kathryne Weeks Hill in Yazoo City, MS.  She attended Cleveland High School. Kathryne later married Billy Ray Bills on September 03, 1973. She loved working in the yard and attending to her flowers. Kathryne was a member of Ruleville Baptist Church. She loved her grandchildren, her family and her canine friend Gigi as well as her cat Shady Baby.

The family would like to give special thanks to Kathryne's caregiver--Deana Harbour, Grace Hospice and her nurse with Grace Hospice--Susan Hays.

Kathryne was preceded in death by her parents Otis L. Hill, Sr. and Kathryn Weeks Hill.

Memorials may be made to the National Pancreatic Cancer Foundation PO Box 1848 Longmont, CO 80502.

To order memorial trees or send flowers to the family in memory of Kathy Bills, please visit our flower store.