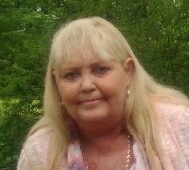 Linda was born on March 15, 1962 to David and Marie(Gilbert) Brown in Hushpuckena, MS. She attended school in Tioga, LA. Linda married Alton E Gilbert Jr. on November 25, 1978.  She was a homemaker and loved cooking and tending to flowers. Linda loved her family. She attended Pace Pentecostal Church.

Linda was preceded in death by her parents--David and Marie Brown, 2 brothers Jerry and Jimbo Brown.

To order memorial trees or send flowers to the family in memory of Linda Gilbert, please visit our flower store.