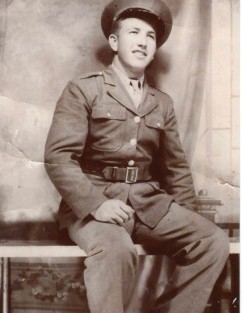 Louis grew up in the Newton County area where he worked as a farmhand before moving to the Delta area. He entered the United States Army in 1942 serving in WW II where he received several medals including the Purple Heart. Upon his return, he married Alice Stafford and went back into the farming industry. He worked for Bain Construction Company for several years before becoming a heavy equipment operator for Dahomey Plantation where he served for over 35 years. After his retirement, he drove for Enterprise Car Rental. Louis enjoyed gardening, being outside and hunting. He was a member of Merigold Baptist Church and attended the Church of Faith. He was also was a member of the Military Order of the Purple Heart.

To order memorial trees or send flowers to the family in memory of Louis Bart Loper, please visit our flower store.