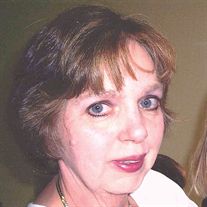 Visitation will be held Friday July 11, 2014 from 6:00 PM to 8:00 PM at the Cleveland Funeral Home in Cleveland. Funeral Services will be held 11:00 AM Saturday July 12, 2014 at First Baptist Church in Boyle, MS. Burial will be at the Delta Heights Memorial Gardens Cemetery. Reverend Clarence Edwards and Reverend Larry Braswell will officiate the service.

Martha was born on January 17, 1954 to Van J. and Gladys (Compton) Therrell in Shaw, MS. Martha lived in the Bolivar County area all her life. She graduated Cleveland High School and worked as manager of City Finance for many years. She had also worked at First National Bank and Delta State University for a short time. Martha had been a teller for State Bank and Trust for the past 12 years. She was a member of the First Baptist Church in Boyle where she was active in various ministries of the church. Martha was a volunteer for the Christian Women Job Corps and Save a Life Ministries. Her passion was missions. She went on several mission trips through the years (locally, nationally, and internationally) and was serving as WMU director until her illness. She was a loving mother, grandmother and sister.

Martha was preceded in death by her parents, daughter, Hope McDonald and brother, Eddie Therrell.


To order memorial trees or send flowers to the family in memory of Martha Therrell Holland, please visit our flower store.