RAYMOND - Mary Lee Tucker Harper, age 95, of Raymond, MS, passed away on Saturday January 16, 2016 at her home.
Visitation will be held Tuesday, January 19, 2016 from 5:00 PM to 7:00 PM at Cleveland Funeral Home in Cleveland, MS. Funeral Services will be held Wednesday, January 20, 2016 at 11:00 AM in the Cleveland Funeral Home Chapel. Interment will follow in the Shaw Cemetery.
Mary was born on January 23, 1920 to Walter and Mary Alice (Johnson) Tucker in Alabama. She married William B Harper on December 23, 1937.
Mary was born in Alabama and moved to MS at an early age. She worked on the farm while sharecropping with her husband. She was also a homemaker to all of her children and grandchildren. Ms. Harper was a charter member of Pace Pentecostal Church. She was a strong woman who loved her God and family.
Mary was preceded in death by her husband William B. Harper, daughters, Shirley Lofton and Mary Alice Harper, her sons William & Billy Harper, a grandson, Eddie Lee Rodgers, Jr and her sister Sally Pittman.
Mary is survived by Daughters, Ruthie Rodgers of Raymond, MS and Marie Hill of Boyle, MS; Sons, Charles Harper of Shaw, MS, Roy Harper of Warren, AR, Jimmy Harper of Indianola, MS and James Harper of Dennis, MS; 29 grandchildren, 36 great grandchildren and 15 great-great grandchildren.
Pallbearers will be Johnny Harper, Jerry Harper, Michael Howell, Chris Sanders, Dustin Rodgers, John Michael Howell.
Honorary pallbearers will be Christopher Rodgers and Jacob Howell.
Memorials may be made to Pace Pentecostal Church P O Box 246 Pace, MS 38764
Cleveland Funeral Home is in charge of arrangements. Online register can be viewed and signed at www.clevelandfuneralhome.net.


To plant memorial trees or send flowers to the family in memory of Mary Harper, please visit our flower store.

Medium Dish Garden was purchased for the family of Mary Lee Harper.

Simply Elegant Spathiphyllum was purchased for the family of Mary Lee Harper.

52 files added to the album LifeTributes

So very sorry , but God has gained an Angel.

To the Harper Family, you all are in our thoughts and prayers during this time of loss.

Friends and Family uploaded 53 to the gallery. 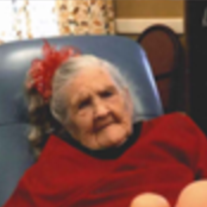 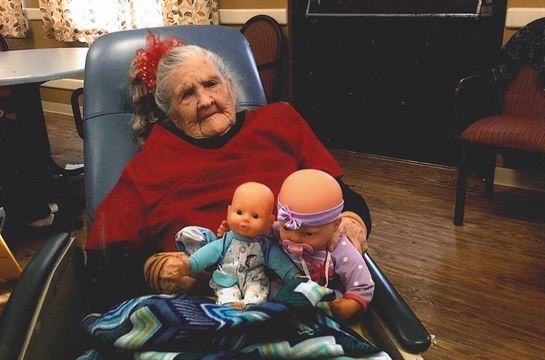 + 51 more
No service information has been added.