Visitation for Mills L Rogers will be held on Thursday, July 14, 2022, from 10:00 AM until 11:00 AM at Cleveland Funeral Home, followed by a celebration of life service at 11:00 AM, Pastor Brad Beckwith will be officiating the services. Burial will follow in the North Cleveland Cemetery.

Mills was born on November 15, 1928, to Mills Rogers Sr. and Lorna Leigh Rogers in Cleveland, MS.  He graduated from Cleveland High School in 1946. He continued his education at Delta State University with a Bachelor of Science in Biology.  Mills later attended Mississippi State University and earned a Masters in Entomology. He started Rogers Entomological Services in Cleveland in the early 1950s and ran that until he retired in the late 1990s and his son, Lee Rogers took over the family business. He employed many young men in his business and taught them how to appreciate hard work and how to be successful businessmen. When he turned 50 years of age, Mills decided to relearn the tuba, the instrument that earned him scholarships to college and began playing in church orchestras. He loved restoring antique cars and when his youngest daughter was married bought his Silver Ghost Rolls Royce to take her and her husband from the Church to the reception.

He was preceded in death by his parents Mills Rogers Sr. and Lorna Leigh Rogers, his loving wife Patricia Anne Rogers, and his brother Eugene Rogers.

To plant memorial trees or send flowers to the family in memory of Mills Rogers, Jr., please visit our flower store.

A candle was lit in memory of Mills Rogers, Jr.

Renay and family.
We are so sorry for your loss. A great man. We have raised our four boys and loved this house just like your mom and dad always did. He will be truly missed!

Rani, so sorry for your loss. Thoughts and prayers are with you!

Renay, so sorry for your loss. Our thoughts and prayers are with you. Love you!

A candle was lit in memory of Mills Rogers, Jr.

Mills was God’s man all his life. He helped us all see Christ. Thank you, Mills.

Lorna, Camille, Renay, and Lee, I know you will miss your dad immensely. However, you can probably share with me as I celebrate his life. I probably came to know Mills when I was 8 or 10 years old. My dad was good friends with his dad. He was my Sunday School teacher more than once, he was my BTU teacher for several years, he was my Boy Scout leader, my Explorer Scout leader, he was my Summer employer several years, we dealt with him at the Feed Store for bows and arrows, he taught us the art of model airplanes, I participated in countless Bible studies, he help me build my cars and I worked on his car restorations, etc. It is comforting for me to know that he is in the presence of the Savior that he has so looked forward to being with for the 60 plus years I knew him. I as many, many others are deeply grateful that Mills shared his love for us and shared the love of Jesus Christ with us. I owe my salvation and love of Jesus as a result of Mills\' and Pat\'s influence 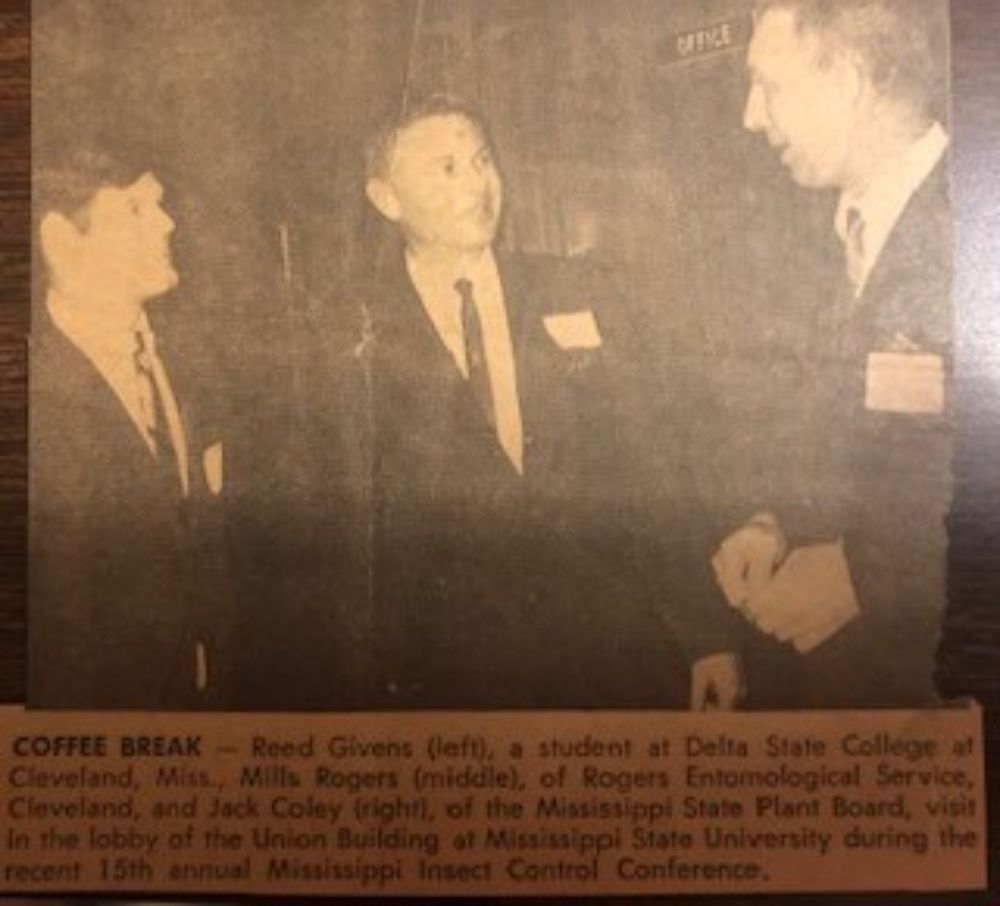 I’m so sorry. You are all in my prayers.

Lee, I am so very sorry to see of your dad’s death. He was such a kind gentleman and a true godly man. Please know that I am thinking of you and keeping all of you in my prayers.

Mr. Rogers was like a second Dad to me. He and Mrs. Rogers opened their home to me on countless times as Lee and I hung out together. The Monday night guys Bible study he led for years made a vast impression on so many young men. He lived his faith and taught me so many life lessons. Lee, Lorna, Renee and Camille y’all are certainly in my prayers. I thank God for letting me have your Dad in my life. Can’t wait to see him in Glory!