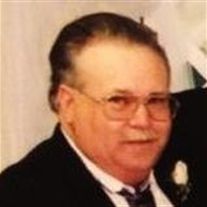 B J was born on March 15, 1953 to Willie Earl and Frances (Myers) Wooten in Topeka, Kansas before moving to Mississippi in 1962. He was a graduate of North Sunflower Academy and Mississippi Delta Junior College. He married Wanda Hudson Wooten on November 11, 1977 in Cleveland, MS. B J was a truck driver for Prewitt Farms for many years. He was a family man who especially enjoyed listening to his sons play music and loved spending time with his grandchildren whom he adored. B J was a very friendly person who never met a stranger. He attended the Church of God of Prophecy in Boyle.
He was preceded in death by his parents Willie Earl and Frances Myers Wooten.


To order memorial trees or send flowers to the family in memory of Mr. Benjamin J. Wooten, please visit our flower store.