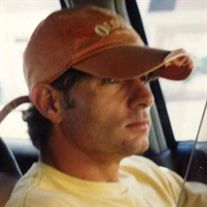 George was born on September 09, 1974 to George and Sandra (Powell) Williams. Sr. in Cleveland, MS. He attended Cleveland High School. George was a plumber by trade who had worked for J B H Plumbing and Phillips Plumbing. H e was a hardworking creative builder who could accomplish any task he set his mind to do. George was a loving son and father and will be missed by his many friends. He was preceded in death by his father George Jackson Williams, Sr.
George is survived by Mother, Sandra Powell Bolden of Merigold, MS. His companion, Nichole Marquis of Rosedale, MS. Two sons: Jacob Williams of Ocean Springs, MS., Grayson Williams of Rosedale, MS. Two daughters: Skyler Williams of Rosedale, MS and Chloe Mosley of Cleveland. MS. Two sisters: Angela Williams Bowling of Latonia, KY and Lillie Yazdani of Cleveland, MS. Three brothers: Randy Bolden, Jr. and Trapper Bolden of Merigold, MS., Will Williams of Rosedale, MS. He leaves a host of Aunts, Uncles, nieces, nephews and cousins.

Memorials may be made to St. Jude Children's Research Hospital 501 St Jude Place Memphis, TN 38501.
Cleveland Funeral Home is in charge of arrangements. On-line guest register may be viewed and signed at www.clevelandfuneralhome.net.


To order memorial trees or send flowers to the family in memory of Mr. George Jackson Williams Jr, please visit our flower store.