James Larry Long age 57 of Cleveland passed away Thursday March 27, 2014 at his home.
Visitation will be Saturday March 29, 2014 9:00 AM till 10:45 at Morrison Chapel Baptist Church. Funeral service will be at 11:00 AM Saturday March 29, 2014 at Morrison Chapel Baptist Church. Burial will follow in the North Cleveland Cemetery. Rev. John Thomas will officiate the services.
Larry was born June 21, 1956 in Memphis, TN to James Carl and Kathryn Ray Long.
He was a life long Cleveland resident having graduated Cleveland High School in 1976 and Delta State University with a BS degree in Physical Science. He married Lynn Horton June 12, 1976. Larry spent four years in the US Air Force obtaining the rank of Sergeant in Cheyenne Wyoming and returned to Mississippi and joined the National Guard in 1980. In 1991 his unit was called up to active duty in Desert Storm. Larry was a former employee of Cives Steel Inc., Duo Fast Corp. and was currently employed with Conway Truck Lines.
Larry was an avid outdoorsman; he loved motorcycles, deer hunting, competition bow shooting and fishing. Larry was a family man; he loved playing and spending time with his grandchildren. He was a member of Morrison Chapel Baptist Church, the Patriot Guard Riders and the American Legion.
Larry was preceded in death by his parents James and Kathryn Long.
He is survived by wife of 38 years Lynn Horton Long of Cleveland, Daughter Jennifer Lynn Long and Son Michael (Tikiyah Moore) Long both of Cleveland. Brother David Long of Tulsa, OK. Two Grandchildren Cody Allen and Sara Grace Myers.
Pallbearers are Dylon Horton, Cole Horton, Ken Horton, Greg Morris, James Ray and Allen Howell. Honorary pallbearers are The Patriot Riders and the American Legion.
Memorials may be made to the American Cancer Society P O Box 22718 Oklahoma City, OK 73123-2718
Cleveland Funeral Home is in charge of arrangements. On-line guest register may be viewed and signed at www.clevelandfuneralhome.net.


To plant memorial trees or send flowers to the family in memory of Mr. Larry Long, please visit our flower store.

To my Long cousins and Larry's family, Thinking of all of you and praying for God's peace to surround each of you. Love to all.Mitchell and Diane Tomlinson BaughHollandale, MS

Sympathies to all of Larry's family, especially David and all my Long cousins.--Virginia (Daws) Bowman, Dillon, SC

Lynn I am so sorry for your loss and i am sorry i can not be there. Ya'll are in my prayers.Camille

The staff at RES Inc. purchased the Sacred Duty Spray for the family of Mr. Larry Long.

Lynn, Jennifer, & Michael, We are thinking of you and have you in our prayers. We are so very sorry for your loss. May God Bless and Keep you. Lou (Kendall) Tremblay and family 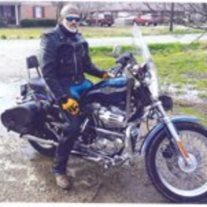