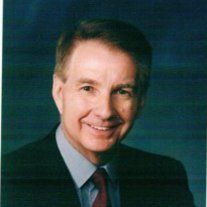 Larry Melvin Speakes, 74, died at his residence in Cleveland , MS January 10th. Private graveside services were held at North Cleveland Cemetery. Cleveland Funeral Home was in charge of arrangements.
He was born September 13, 1939 in Cleveland to Harry Earl and Ethlyn Fincher Speakes. He grew up in Merigold, graduated from Merigold High School and received his Bachelors of Arts degree in Journalism from the University of Mississippi .
Mr. Speakes began his newspaper career at Ole Miss where he served as editor of the student newspaper, The Daily Mississippian. After college he became editor of The Oxford Eagle and later returned to the Mississippi Delta where he served as Managing Editor of The Bolivar Commercial in Cleveland . Several years later he became General Manager and Editor for Progress Publishers in Leland , MS .
In 1968 he moved to Washington , DC and served as Press Secretary to Senator James O. Eastland until 1974. In the final days of Richard Nixon's presidency, Mr. Speakes was named Staff Assistant at the White House where he served as Press Secretary to the Special Counsel to the President in the Watergate hearings. After President Nixon's resignation, he was named Assistant Press Secretary to President Gerald Ford.
During the presidential campaign of 1976 Mr. Speakes was Press Secretary to President Ford's Vice Presidential candidate, Bob Dole. After the election was lost to Jimmy Carter Mr. Speakes worked for Hill and Knowlton, a public relations firm in Washington , DC .
After Ronald Reagan won the election of 1980, Mr. Speakes worked with the transition team and subsequently was named Deputy Press Secretary working under the Press Secretary Jim Brady who was injured in the assassination attempt in March of 1981. For six years Mr. Speakes served as acting press secretary and held the title Assistant to the President and Principal Deputy Press Secretary. He resigned in 1987 and became a Vice President at Merrill Lynch in New York . He returned to Washington in 1988 and eventually held positions as Vice President of communications and public relations with Northern Telecom and also the U. S. Postal Service from which he retired in 2008.
Mr. Speakes was preceded in death by his parents.
He is survived by a daughter, Sandy Speakes Huerta (Raymond) of Cleveland; sons Scott Speakes (Julie), also of Cleveland and Jeremy Speakes (Donna Michele) of Clifton, VA; six grandchildren, Justin Huerta (Tasha), Haley Huerta Kelly (Eric), both of Cleveland; Jefferson Speakes and Brennan Speakes of Clifton, VA; Shelton Speakes and Braxton Clark of Cleveland; one great-grandson, Wally Huerta of Cleveland.
Memorials may be made to Sunny Seniors, an Alzheimer's Respite program at 107 S. Victoria Ave. Cleveland , MS 38732 or the Alzheimer's Association of America, 322 Eighth Ave. 7th Floor, New York , NY 10001

To order memorial trees or send flowers to the family in memory of Mr Larry Speakes, please visit our flower store.