BOYLE- Leo Solon Vassar, 76, of Boyle, MS passed away peacefully at his home Monday October 20, 2014 after a lengthy illness.
Visitation will be held Wednesday October 22, 2014 from 5-7 PM at Cleveland Funeral Home and again Thursday October 23, 2014 from 10:00 a.m. until 11:00 a.m. Funeral services will follow at 11:00 a.m. in the Cleveland Funeral Home Chapel. Interment will follow in the New Cleveland Cemetery. David Young of Truman, Arkansas will officiate the service.
Mr. Vassar was born on June 24, 1938 to Charlie Leo and Mae Chandler Vasser in Decatur, AL. After graduation from Shelby High School, he served 4 years in the U.S. Navy, stationed in San Diego, CA, Argentia, Newfoundland, and Norfolk, VA. Mr. Vassar was a tool & die maker by trade and retired from the R&D Shop at Baxter Healthcare after 29.5 years.
He was an active member of the North Cleveland Church of Christ, and he enjoyed traveling, RVing, gardening, duck hunting, and sports.
He was preceded in death by his wife of 33 years, Opal Jean Bailey Vassar; his parents, Charlie Leo and Mae Chandler Vasser; and infant sister, Elsie Mae Vasser.
Mr. Vassar is survived by his wife, Twila Waggoner Vassar; children, Vicki Vassar Williams and husband Allen of Cleveland, MS; Ronda Vassar Huff and husband Mark of Harrisonburg, LA; Leo Solon Vassar, Jr. (Scooter) and wife Jenny of Flower Mound, TX; and step-daughter Cindy Bouler of Boyle, MS; grandchildren, John Allen Williams, II (Bo) and wife Ashley; Allison Williams McCreary and husband Jeff, all of Cleveland, MS; Joseph Vassar Huff of Columbia, LA; Joel Bailey Huff of Yukon, OK; Grant Solon Vassar, Anna Caroline Vassar, Jake Ross Vassar, and Mark Chandler Vassar all of Flower Mound, TX; and step-grandchildren Amber and Cody Lopez of Boyle, MS; and three great-grandchildren, Morgan Catt, Claire and Jacob Williams of Cleveland, MS.
Pallbearers will be Mr. Vassar's grandsons.
In lieu of flowers, memorial donations can be made to The American Cancer Society.


To plant memorial trees or send flowers to the family in memory of Mr. Leo Vassar, please visit our flower store.

Our thoughts and prayers are with you all, Twyla. Take care and we will see you when we return to Cleveland. Bo and Ann Roncali

I"m sorry to learn of C.L.'s death. He was a grade lower but in a small school and I can truthfully say he was well liked and respected by all. Truly a humble person. May God comfort his family.

Thank you for those comforting words. We will miss him terribly, but he is in a far better place now.

Sending love and prayers for the tremendous loss of your husband, father, & grandfather. Leo was a shining example to all of strength, humility and grace and will not be forgotten.With deepest sympathy, Tim & Debi Sparks & family

We will miss Daddy so much, but we know he is better now. Thank you for your kind words.

Friends and Family uploaded 76 to the gallery. 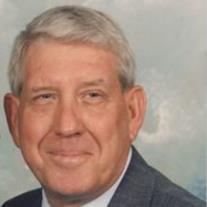 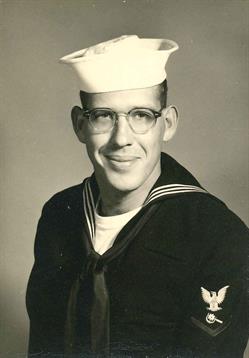 + 74 more
No service information has been added.