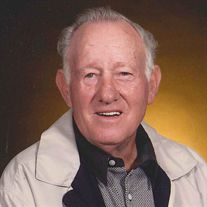 Lester was born on February 20, 1937 to Doty and Bessie J. (Robinson) McNeer in Cleveland, MS. He was a Skene High School graduate. Lester worked with Goodyear tire in several locations in the delta and Memphis, TN before going to work at Wilson Food's Inc. He lived in the Desoto county area for many years. He retired after many years of service from Metro Food Service where he worked as a salesman. Mr. McNeer was a Corporal in the United States Marine Corp serving in Japan. He was an avid golfer, having shot 7 hole-in-ones over his lifetime. He, and his twin brother Chester and his friends, for over 25 years would take an annual trip to Gulf Shores for a golfing excursion. Lester also enjoyed fishing and telling tall tales. He was a member of the First Baptist Church in Nesbit, MS.
He was preceded in death by his parents, a son, Scott McNeer, and two brothers, R. B. and Willie McNeer.
He is survived by two brothers; Chester (Martha) McNeer of Cleveland, MS and Donnell (Gloria) McNeer of Cleveland, MS; Three sisters, Susie Sumrall of Cleveland, MS, Joye Hays of Crowville, LA, and Peggy Saunders of Warren, AR; Two granddaughters, Molly & Emma McNeer of Olive Branch, MS; Special Friend, Jean Dickerson of Hernando MS; and a host of nieces and nephews.

To order memorial trees or send flowers to the family in memory of Mr. Lester McNeer, please visit our flower store.