Mack Everett Mooney, age 87, of Greenwood formerly of Greenville, passed away on Monday May 04, 2015 at Indywood-Glen Personal Care Home.

Mack was born one of ten children to Marion and Lorena (Wilson) Mooney in Collins, MS. He graduated from Salem High School in Collins. He was a WW II Veteran having served in the Philippines. Upon returning from war he attended the University of Southern Mississippi and business machine repair school. While living in Collins he was a member of Ora Baptist Church. He moved to Greenville in 1950, met and married Doris Dickerson Mooney in 1952, and was the owner of Mack Mooney Business Machines for over 40 years. He was an active member and Deacon at Second Baptist Church in Greenville. Mack enjoyed being part of the community serving in the Greenville Exchange Club; Jaycee's Club and was a 33rd Degree Scottish Rite Mason. He was in the Shriner's Club and the Woodmen of the World fraternity. After retiring and moving to Greenwood Mack moved his membership to North Greenwood Baptist Church. Mack was an avid coon hunter, fisherman, gardener and a great story teller who never met a stranger. Mack was a dedicated loving family man who enjoyed participating in his children's events and at any sporting event the "train whistle" was surely to be heard.
He was preceded in death by his parents Marion F. and Lorena Wilson Mooney and wife of 59 years Doris Dickerson Mooney.

The family wishes to express their sincere gratitude to the employees of Indywood-Glen and Grace Hospice for the excellent care and love given.


To plant memorial trees or send flowers to the family in memory of Mr. Mack Mooney, please visit our flower store.

He was a great and wonderful person!

I will never forget the first time I met Mr.Mack. I was returning home after a morning of turkey hunting with Mack's son in-law, Ben Naron. Ben suggested we stop by and visit. As soon as I walked in the door I was greeted with a firm handshake and Mack's unforgettable smile. Wasting no time, Mack went straight to the point, looking me dead in the eye he stated "Ben tells me your a country boy" and reaches onto his refrigerator and pulls out a plastic margarin bowl and pops off the top and offers his "special surprise" inside. I never skipped a beat reached inside and grabbed a piece of his offering and replied "Oh man, cold chitterlings, thanks! Mack looked over to Ben and nodded approvingly "Yep, he's country! We became instant friends. Mack's life was a perfect example of someone who truly loved life and seldom passed an opportunity to try and make someone laugh. I will never forget him.

Uncle Mack will be missed, He was one of a kind,always making us laugh no matter what kind of mood you were in, Don really enjoyed the pictures,especially the "COON DOGS" ,they had many many good times running those dogs, we love you Uncle Mack and know you are happy now ,with Aunt Doris

73 files added to the album LifeTributes

Mr. Mooney was a great family friend and I will truly miss him. I will remember all the memories of him and my grandfather an everything they thought me. Mr. Mooney and Mrs. Mooney will always hold a place dear in the hearts of the Clanton family. Keep on smiling Mr. Mooney.

Mr. Mooney will be greatly missed, I'll miss your sense of Humor when coming into the Greenville WIN job center to visit. My prayers to the Mooney family, Rest in peace Mr. Mooney.Rachel Lake

Jake Smith and Family purchased the Strength & Solace Spray for the family of Mr. Mack Mooney.

Friends and Family uploaded 74 to the gallery. 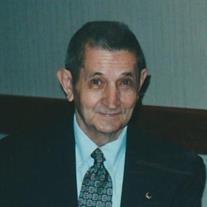 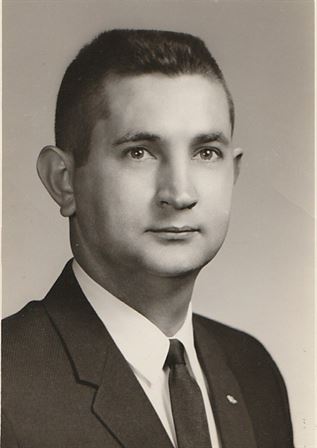 + 72 more
No service information has been added.