Marvin was born on August 12, 1933 to James Henry and Carlene (McCain) Smith in Tallahatchie County. He attended Drew Schools and Sunflower Junior College. He was a Paratrooper in the United States Army during Korean War. He married Shirley Griffin on April 10, 1965 in Ruleville, MS. He was First Mate on a tow boat for over 40 years. Marvin loved his grandchildren always enjoyed their company. He was a sports fan, enjoyed fishing, and a jokester to his many friends and family.
He was preceded in death by his parents, wife of 45 years Shirley Griffin Smith and 9 brothers and sisters.


To plant memorial trees or send flowers to the family in memory of Mr. Marvin Smith, please visit our flower store. 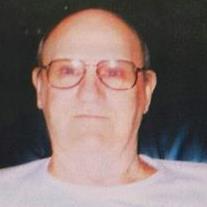