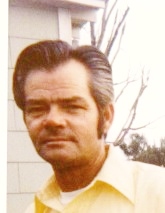 Owens was born on September 16, 1936, to James Columbus and Cordie (White) Chisolm in Greenville, MS.   He grew up in the Bolivar County area. Owens was a former farmhand for Circle H Farms. His hobbies included hunting, fishing and playing the guitar. Owens was a quiet man but a religious man, he loved watching sermons on the television and read his Bible every day.
He was preceded in death by his parents, James and Cordie Chisolm, three brothers, James Earl Lee, and Douglas Chisolm, two sisters, Mildred Robertson, and Peggy Johnson.

To order memorial trees or send flowers to the family in memory of Owens Chisolm, please visit our flower store.