RULEVILLE - Patricia Ann Steadman Brown, age 68, of Ruleville, MS passed away on Friday April 22, 2016 at her home.
Visitation will be held Saturday April 23, 2016 from 2:00 PM to 3:00 PM at the Cleveland Funeral Home in Cleveland. Funeral Services will follow at 3:00 PM in the Cleveland Funeral Home Chapel. Reverend James McNally will officiate the service.
Patricia was born on May 15, 1947 to E. C. and Annie Lee (Graham) Vestal in Ruleville, MS. She attended Clarksdale High School where she met and married Charles Thomas. She later moved to Drew, MS and married Danny Steadman. Patricia owned her own janitorial service for many years, where she was the janitorial manager for 6 Shooter Land & Timber for over ten years. She was a member of Oakhurst Baptist Church in Clarksdale. Patricia had several hobbies she enjoyed; being creative, fashion, yard work, gardening and interior decorating. She was very organized, always having a specific place for everything in her house. She was a soft spoken good hearted woman who went out of her way to love everyone. Her family says she was a loving mother, grandmother and sister.
She is preceded in death by her parents, E. C. and Annie Lee Vestal, husbands Danny Steadman and Charles Brown.
She is survived by 2 daughters, Renee Harvey of Ruleville, MS and Terri Ruth of Hamilton, MS. Son Patrick Steadman of Ruleville, MS. Sister, Barbara Fleetwood of Cleveland, MS, 4 brothers; Wayne Vestal of Cleveland, MS, James Vestal of Blaine, MS, Bobby Vestal of Ruleville, MS, Glen Alen Vestal of Batesville, MS. 5 grandchildren; Kristi Goss, Ashley Griffin, Hayden Harvey, Brandon Thomas and Destin Winders. 4 great grandchildren; Jaelyn Goss, Braelie Goss, Kylie Griffin and Lucy Griffin.
Honorary pallbearers are Andy Ruth, Kenneth Harvey, Wayne Vestal, James Vestal, Bobby Vestal and Glen Alen Vestal.
In lieu of flowers memorials may be made to the American Cancer Society P.O. Box 22478 Oklahoma City, OK 73123.
Cleveland Funeral Home is in charge of arrangements. The on-line guest register may be viewed and signed at www.clevelandfuneralhome.net


To plant memorial trees or send flowers to the family in memory of Patricia Brown, please visit our flower store.

RIP Patsy,you will be missed greatly,no more suffering,GOD has you wrapped in his loving arms.

I'm so sorry for your loss. Sending my deepest sympathy. Mike Hood

Your family is in our thoughts and prayers. Cheryl & Billy Williams

I will forever miss my mamaw! he is now an angel watching over us all! I LOVE YOU MAMAW!!!! 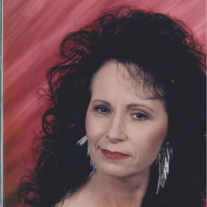