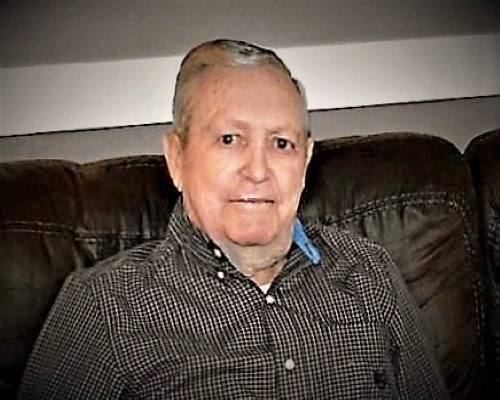 Visitation will be Saturday, December 28th from 10:00 am -12:00 pm with A Celebration of Life service to follow at 12:00 pm in the First Church of the Nazarene Sanctuary. Interment will follow in the New Cleveland Cemetery. Bro. Dave Schauer & Bro. Steve Holtz will officiate the services.

Ralph was born on October 11, 1935, to John and Lena (Pender) Tyler in Pace, MS.  He attended grade school in Pace. Ralph worked on a farm before moving to Cleveland in 1948. He helped his father doing cemetery work. He married Frances Gilbert on July 28, 1961, in Cleveland, MS.  Ralph also served as a movie theater attendant at the Ellis Theater and the Regent Theater. He worked at Baxter Laboratories from 1959-1975. He then went to work for the City of Cleveland as the city cemetery sexton. After retirement he kept busy by building birdhouses, working and spending quality time with his grandson. Ralph was a member of the Cleveland First Church of the Nazarene. He enjoyed hunting, fishing, camping, working at the church, cutting grass and maintenance as well as cutting the grass at Linn Methodist Church. Ralph deeply loved his family. He was a hardworking, compassionate, good-hearted and giving man. It seemed that Ralph knew everyone and everyone knew Ralph. He enjoyed visiting and reminiscing with people. He was very much a people person. As Nathan, his Grandson, once told, when we would go to Walmart, it took forever to leave for all the people papaw would talk to as we were going in and coming out of the store.

Ralph was preceded in death by his parents, John Wayne Tyler and Lena Rivers Pender Tyler; a Brother, Edwin Paul Tyler and his son, Ryan Tyler.

A Special Thank You goes out to the staff @ Bolivar Medical Center's Long Term Care for loving and taking great care of Ralph.

Memorials may be made to the Cleveland First Church of the Nazarene PO Box 1616 Cleveland, MS 38732.

Cleveland Funeral Home is in charge of the arrangements. The online guest register may be viewed and signed at www.clevelandfuneralhome.net.

To order memorial trees or send flowers to the family in memory of Ralph Tyler, please visit our flower store.