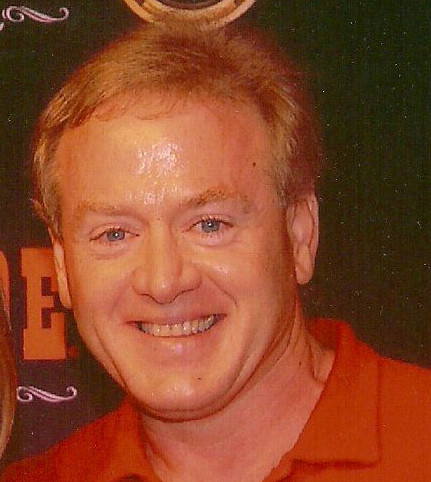 CLEVELAND- Randall Lewis Griffin age 64 of Cleveland, MS passed away Thursday, July 7, 2022.
Visitation will be held Monday, July 11, 2022, from 5:00 PM until 7:00 PM at Cleveland Funeral Home. A Celebration of Life funeral service will be held Tuesday, July 12, 2022, at 10:00 AM in the Cleveland Funeral home Chapel. Burial will follow in the New Cleveland Cemetery. Reverend Tim Starnes will officiate the services.
Randy was born April 3, 1958, to Roy Evans Griffin and Dorie Jean Hinson Griffin in Cleveland, MS. He graduated from Cleveland High School in 1977. He attended Delta State University. Randy had worked as a computer technician at Baxter Laboratories and was currently a clerk at Paul's Mart in Cleveland. He was an avid musician having played and sung in the band LOCO for many years and while at Delta State he was a member of Renaissance. He enjoyed listening to and singing Elvis songs as well as Journey and Olivia Newton-John. Randy loved restoring old cars and taking care of his animals. He was a former member of the Exchange Club and a current member of Covenant Presbyterian Church.
He was preceded in death by his parents Roy Evans and Dorie Jean Griffin.
Randy is survived by his sons, Evan and Christian Griffin of Indianola, and 2 brothers Mike and Keith (Leslie) Griffin both of Cleveland, MS.
Pallbearers are John Brown, Ricky Stone, Walter Howarth, John Lyles, David Harden, and James Dawson. The honorary pallbearer is Walt Hooper
Memorials may be made to the American Heart Association.
Cleveland Funeral Home has been entrusted with funeral arrangements. The online guest register may be signed at www.clevelandfuneralhome.net
To order memorial trees or send flowers to the family in memory of Randall Lewis Griffin, please visit our flower store.